This one is hard to write. For many reasons. I don’t necessarily feel like the best spokesperson for my brother’s life and story. We were not always close; it was often impossible to be close. Addiction reigned most of his life. I was a preschooler when he started using drugs. We didn’t live together growing up and share a large age gap. For almost two years before he died, he was sober. He didn’t use illicit drugs. He came back into my life in a real and meaningful way. For the first time, I felt like we had a real relationship. He helped me through SO much after my last surgery left me debilitated. He started taking care of the yard for us, things around the house, he packed up and set up my art shows for me so I would’t lose that income while I recovered and was totally incapable. He’d reprimand  me if I so much as picked something up off the ground. He convinced me to try something for my autoimmune disorder that *actually* ended up working really well. He held me up more than I did those last two years.

He encouraged me with his words of affirmation and support. We talked through some really serious stuff and somehow were able to talk about faith, religion, politics, addiction and be honest with each other even if we come from very different viewpoints. I was so, so excited to have him in my life. I could picture his future. I have always been an eternal optimist, an Enneagram 7 through and through….the future is always bright here. And then, as soon as I got comfortable, he was gone. He brought a fancy cheesecake to Thanksgiving the week before he died. I thought we had so much time. We had just talked about how thankful we were to be back in each other’s life. This was supposed to be the beginning, not the ending.

A week after Thanksgiving 2018, we got the call. It’s been a difficult, anxiety provoking numb-like blur ever since. Sometimes, I am not sure if I am just mourning the loss of him or the loss of what I knew he would have become. I could see him growing old now filled with even crazier antics. I could see him flourishing with purpose. Becoming a dad, having a family. And yet, his life had value never having become any of those things.

These paintings of slopes are for Adam’s birthday; he would’ve been 40 this March. He was an avid snowboarder, previously sponsored, and Burton obsessed. I love you Ad-man, thank you for being there for me when I needed it the most. It breaks my heart I couldn’t be there for you. I hope you’re snowboarding all the live long day in Heaven. We sure haven’t had much snow here the last couple of years….I wonder if there is a reason for that? You hogging it, bro? 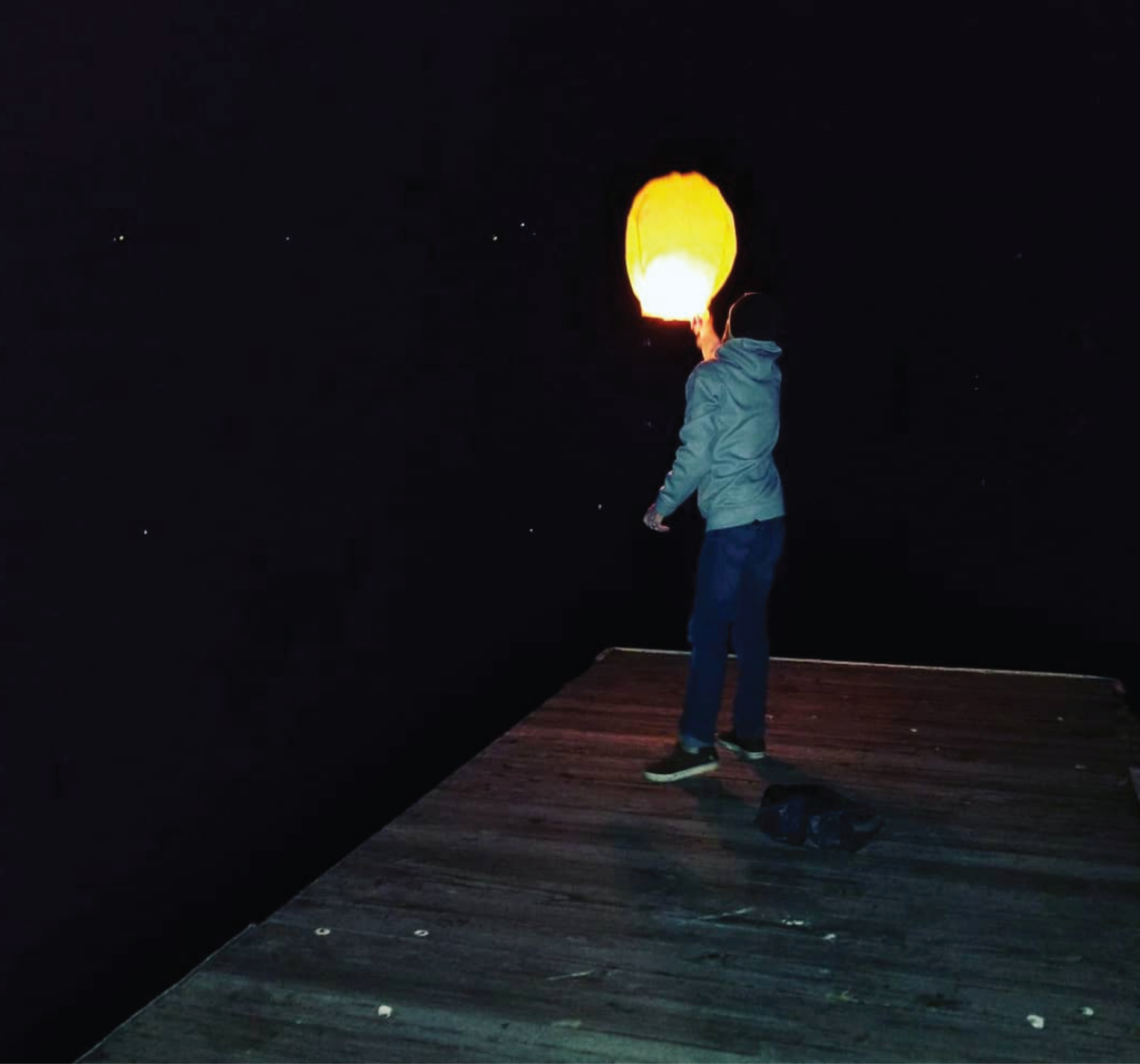 20% of the profit from the Slope Parties (Originals and Prints) will be going to a faith-based nonprofit in New England that has a comprehensive addiction recovery program focused on living with purpose. You can check it out here. 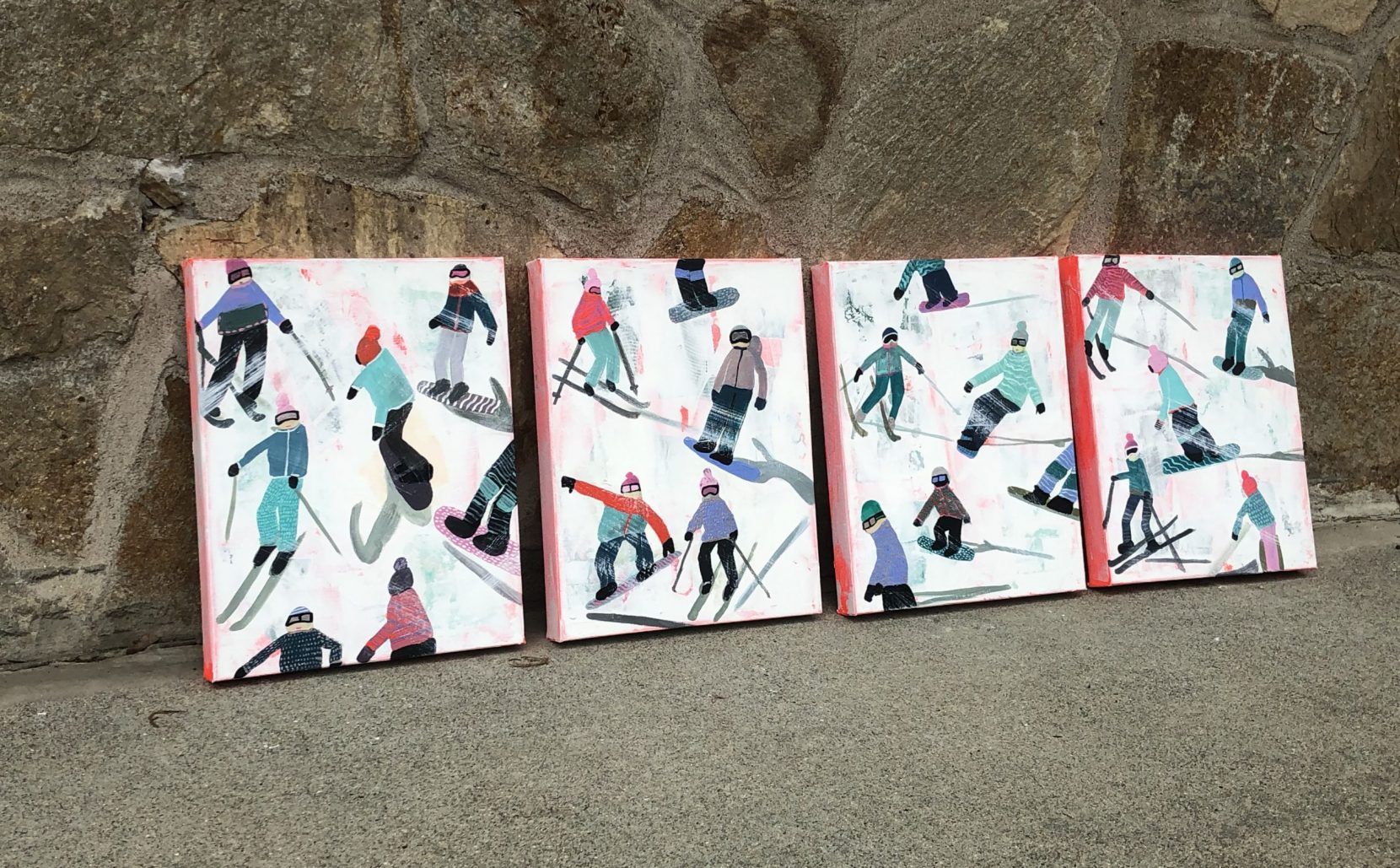 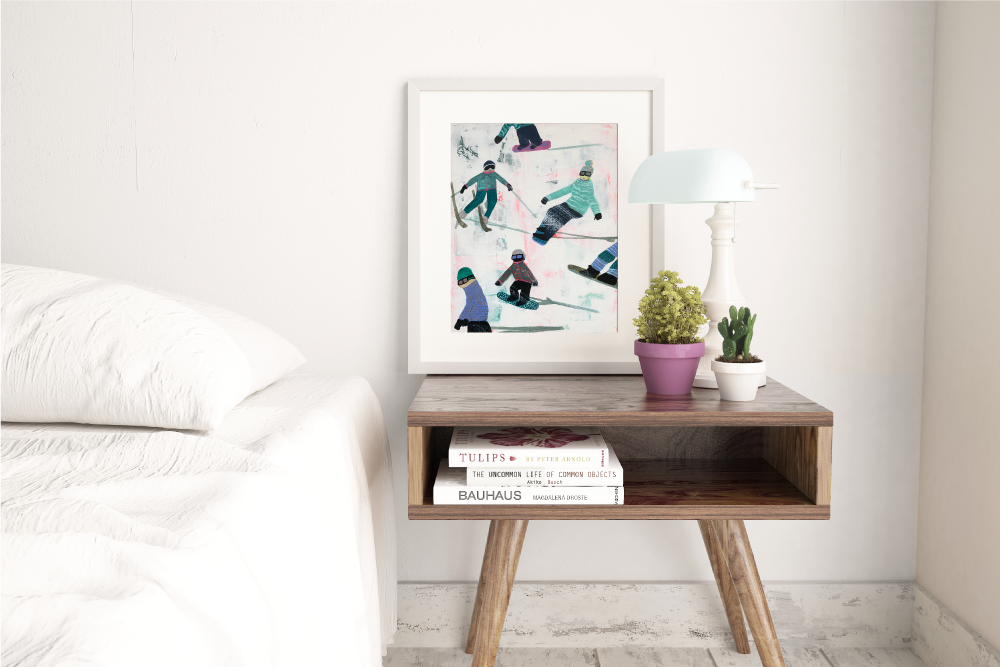 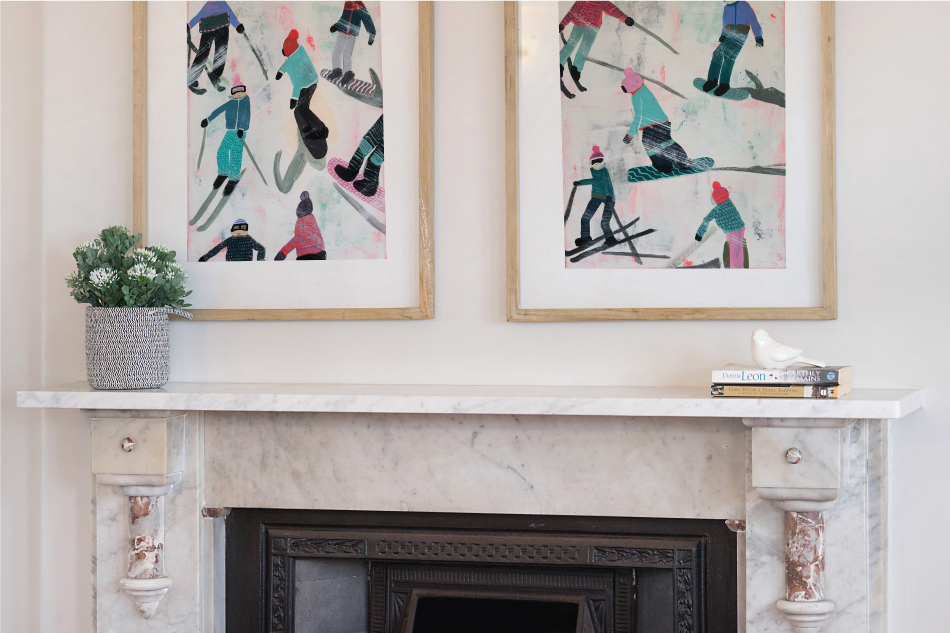 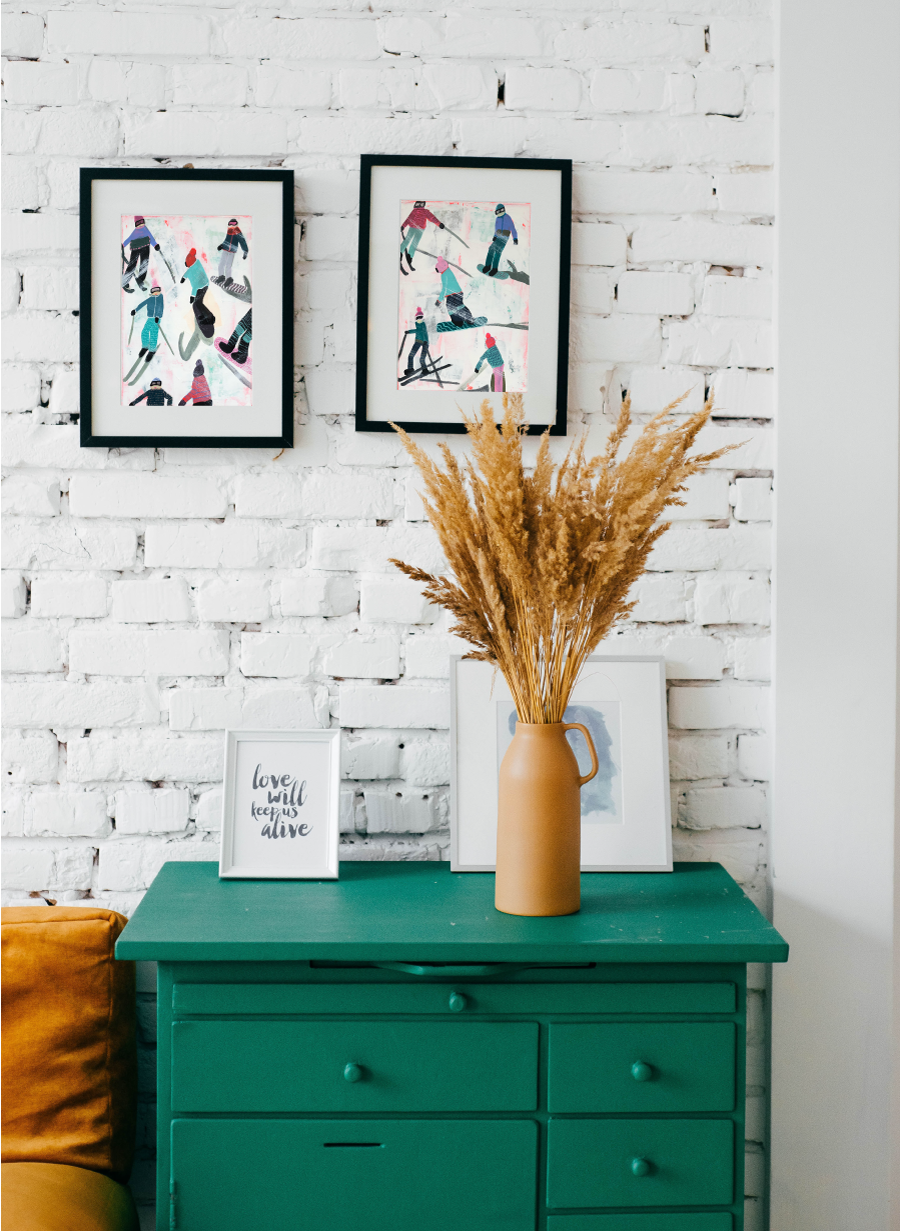 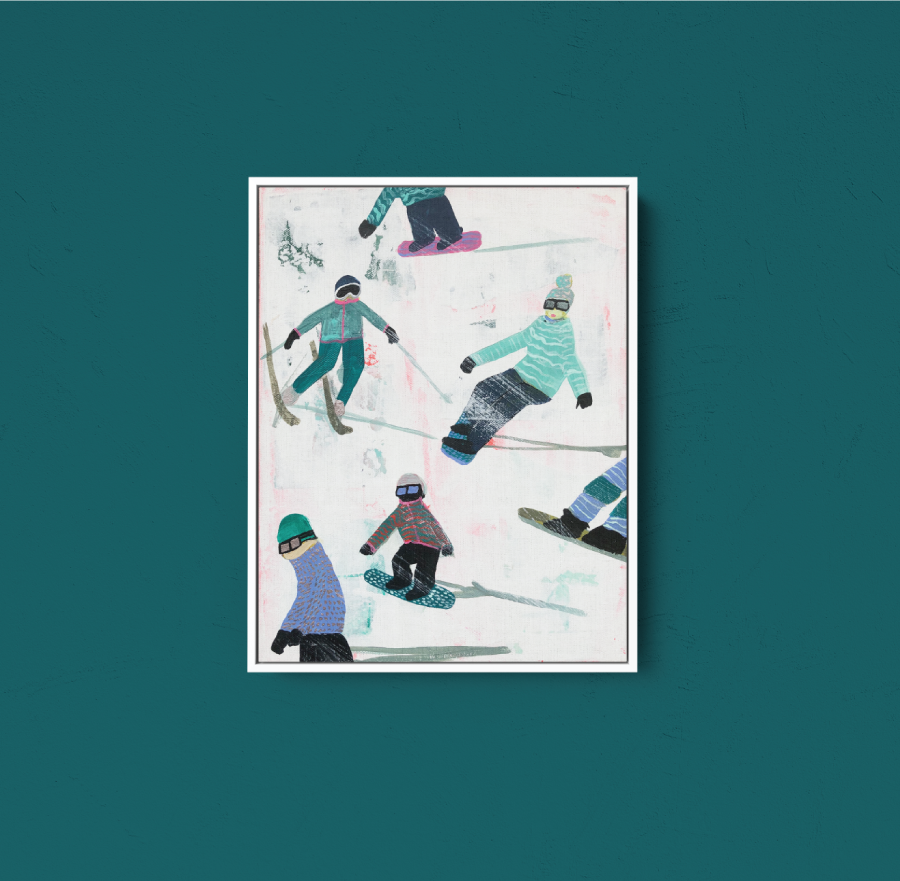